There was a break in the league programme last week as the week was given over to Round 3 of the Annual Times & Directory Handicap Cup competition and Round 2 of the consolation “Plate”. There is now only one of New Milton’s teams left in the Cup proper and one in the “Plate”.

The Premier’s A team, who came runners-up in the past two years were sadly forced to withdraw from the “Cup” due to severe difficulties in fielding full sides for the competition. The B team go through to the Semi-Finals of the “Cup” by default. Although they lost their Round 3 match against Ringwood B by 4-5 at Mudeford Wood, Ringwood fielded an ineligible player which resulted in New Milton being awarded the match. However, New Milton sportingly offered to re-play their match but this was eventually declined by Ringwood, so Milton go through to the semis.

New Milton E, who usually play in Div 3, booked their place in Round 3 of the “Plate” courtesy of a 5-3 win over Div 5’s Bmth Sports V at Chapel Gate. Captain Bev Scott-Johns led from the front with a virtuoso hat-trick, with Simon Golding and Clive Pitts chipping in with one win each. 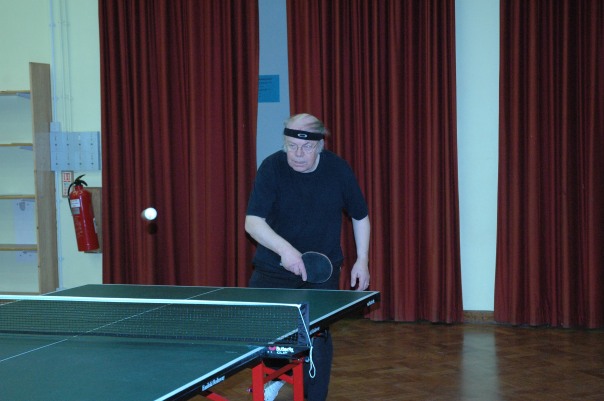