← Hobbs Russles Up His First Hat-Trick Of The Season! (Week 18 Results)
E’s EASE THEIR WAY INTO THE “PLATE” SEMIS (T&D RESULTS) →

The New Milton Table Tennis Club could only muster three wins in the Bournemouth and District league last week, and one of those wins was at the expense of one of their own teams in a local derby. The E team did the double over the F team in the second of their local derbies in Div 3 as they beat them 4-6. Once again, Simon Golding proved to be the F’s nemesis with yet another hat-trick against them. 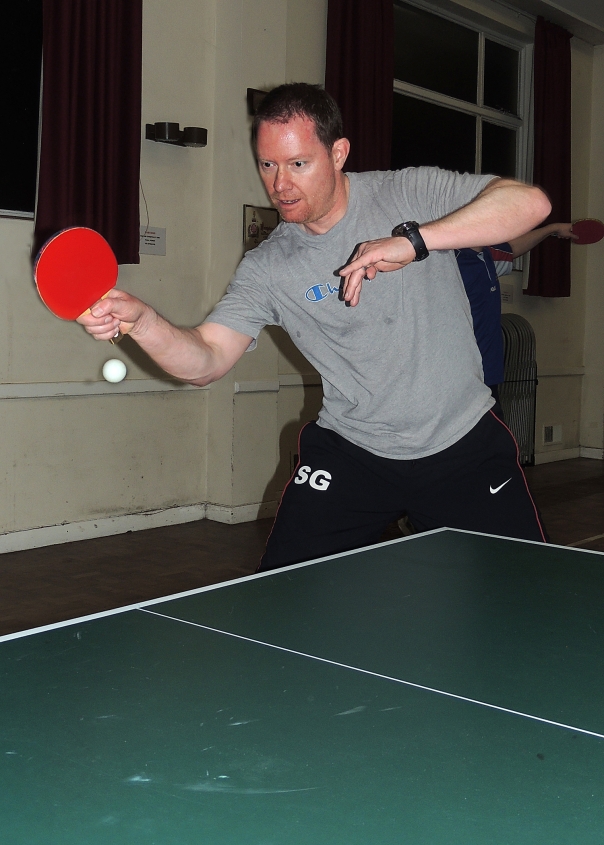 SIMON GOLDING DOES THE DOUBLE TREBLE OVER THE F TEAM

The B team can now relax for the remainder of the season as their magnificent draw with third-placed Winton YMCA B secured them a place in Div 1 for another season. Full results are below:-

New Milton B 5 Winton YMCA B 5

← Hobbs Russles Up His First Hat-Trick Of The Season! (Week 18 Results)
E’s EASE THEIR WAY INTO THE “PLATE” SEMIS (T&D RESULTS) →