The new season of the Bournemouth & District Table Tennis league got underway with the New Milton Club winning five out of their ten matches in both of the opening weeks. Three of the club’s teams have won both of their opening matches, with two of them bagging seven points from a possible eight points.

The C team was relegated from the Premier to Div 1 last season, but they showed Premier form in their opening match with a 10-0 whitewash over Merton C, which included former Milton player Graham Underwood. Stand-in captain Shaun Newcomb showed that he is steadily recovering from a wrist injury by kicking off his campaign with a hat-trick, and was joined in his treble by England Veteran Brian Bickell and Steve Cheesman who was playing up from Div 2.

The second week the C’s faced stiffer opposition against Bournemouth Sports E but beat them 6-4 home at Mudeford Wood. Ben Greene played up from Div 2 to replace Bickell who was having surgery on his foot and Greene (pictured below) made it seamless as he came up with a fine hat-trick including an impressive victory over Bourne’s Wei-Jun Liang. Greene’s Div 2 team mate Steve Cheesman bagged a brace and Newcomb chipped in with the one win. 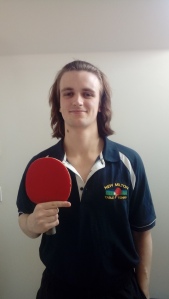 The club’s other team to come up with seven points out of eight was the relegated G team captained by Terry Jenvey in Div 3. Their first match was a local derby against the H team (Sylvia Smith, Ian Linney and Lewis Reading) which they won 8-2 to take the maximum four points. Jenvey led from the front with a hat-trick, Chris Pusey matched that and Club President Bob Fagan added one win to the tally. The doubles were needed for maximum points and Jenvey and Pusey blew Smith and Linney away in three straight sets.

Jenvey (pictured below) repeated his hat-trick in their second match to help his G team beat Bournemouth Sports J 6-4 at Chapel Gate. Pusey could only come up with the one win this time but Dave Cuddon replaced Fagan and bagged a brace to seal the victory. 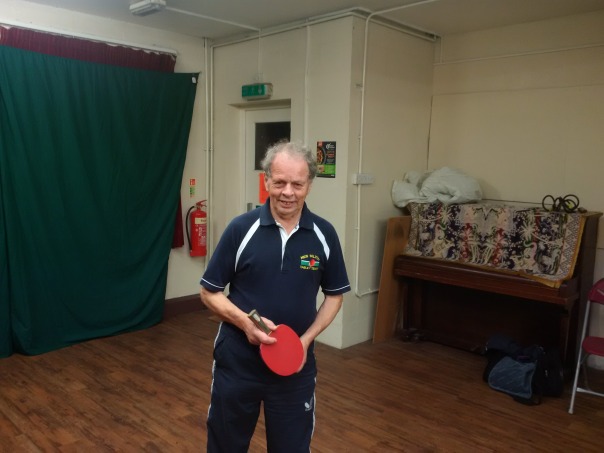 Early doors yet, but both relegated teams are showing a determined effort to bounce straight back up again.

The F team captained by Steve Cheesman seems to have launched an early promotion bid by winning their opening matches 6-4 and 7-3 to secure six points out of a possible eight. In their opening match against Bournemouth Sports G, Cheesman came up his second hat-trick of the week as did Terry Jenvey playing up from Div 3.

The second week saw Cheesman team up with Ben Greene and Andrew Stainton for their 7-3 win away against Ringwood B at Greyfriars. They bagged a brace apiece and then Cheesman and Greene combined well to win the doubles.

The New Milton Club increased their number of teams in the league from 11 to 12 this season but are still on the lookout for new members, from experienced players to absolute beginners, in particular junior and female players. Anybody interested should give Club Secretary Bev Scott-Johns a call on 01425 619552.