← GOLDEN PERFORMANCES FROM THE GOLDINGS! (WEEK 10 MATCHES)
DERBY DELIGHT FOR SOME! (WEEK 11 MATCHES) →

A TEAM’S CUP PLAN IS COMING TOGETHER! (T&D ROUND 1)

There was a break in the Bournemouth and District Table Tennis League programme last week as the week was given over to Round 1 of the Annual Times and Directory Handicap Cup Competition. Six of the New Milton Club’s teams took part, with two of them involved in a local derby.

The B team beat their clubmates in the L team and go through to Round 2 with the A and E teams who won their matches. Unfortunately the D and J teams both lost 2-7 to Lynwood A and Bmth Sports E respectively.

The Div 1’s B team (Shaun Newcomb, John Millward & Julie Smillie) looked to have had the toughest prospect as they faced their L team (Div 5) who were still on a high from their Preliminary Round victory. Captain Newcomb and Millward (both playing off a handicap of +12) and Smillie (+13) had to cope with very large differentials in the shape of Sue Wootton-Freeman (+27), Sibyl Bartlett (+26) and Richard Brockbank (+24), bearing in mind they only needed 3, 4 and 7 points respectively to win their games. It didn’t start well for the Bees as Newcomb lost to Brockbank in two straight ends and then Millward fell victim to Wootton-Freeman. Smillie got her side back in the match by getting the better of Bartlett and then Newcomb just edged Wootton-Freeman 31-30 in their final end to level things off at 2-2. Smillie then saw off Brockbank, Millward beat Bartlett, and Smillie completed her hat-trick to win the match 5-2. They decided to play the two remaining singles and Bartlett gained some consolation by beating Newcomb before Millward scraped home against Brockbank 31-30, 31-30.

The A team (Steve Hemmings, Matthew Daish & Phil Handy), who normally ply their trade in the Premier league travelled to Southbourne and came away with a 5-2 victory over Merton C from Div 1. Captain Hemmings (+6) got the ball rolling with a win over Alan Solomons (+14) but then Daish (+7) lost to Steve Oakley (+15). Handy (+6) put Milton back in front by beating Matt King (+11) and Hemmings (pictured below) added to the tally by getting the better of Oakley in the fourth match. Handy saw off Solomons so Daish needed to beat King to close out the match, but just lost out in the third end 28-31. By the seventh game, Handy was truly in his pomp and he disposed of Oakley in three straight ends to claim the match for Milton. 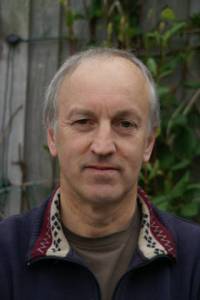 The E team (Frank Handy, Simon Daish & Bobo Jiang) had to travel to deepest darkest Parkstone to take on their Div 2 fellows Lynwood C and came away with a 7-2 victory for their trouble. Captain Handy (+13) got Milton going by beating Melvyn Gregory (+15), and then Daish (+18) did likewise to ex-Miltonian Mick Barry (+17). Milton stuttered as Jiang (+16) fell victim to Shay Pollard (+17) and then Handy lost to Barry which levelled things off at 2-2. Jiang then beat Gregory and Milton didn’t look back after that and had it won by 5-2 when Jiang disposed of Barry in two straight ends. They decided to see the evening out and Milton added insult to injury as Handy and Daish won their final matches. Full result details are below:-

← GOLDEN PERFORMANCES FROM THE GOLDINGS! (WEEK 10 MATCHES)
DERBY DELIGHT FOR SOME! (WEEK 11 MATCHES) →